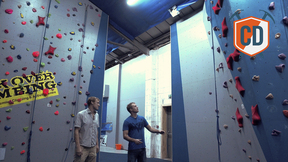 The Gym That Lets You Re-Create Your Project | Climbing Daily Ep.1061
9 min 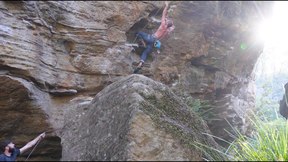 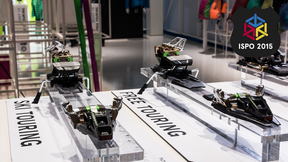 The Dynafit Radical 2 Review - ISPO 2015 | EpicTV Gear Geek
1 min
When sketchy Andy was 15 his best friend George got a video camera. They were avid unicyclists but also complete nerds, and it was awesome! They spent days filming ridiculous stuff, lots of unicycling, and then somehow we lost the camera! And all the tapes, with all the footage on them. Worst part was, we never even got to see most of it!! It wasn't until recently that they were uncovered and found in the great move of 2012. George and Andy went through all the pre Sketchy Andy footage and came to the sad conclusion that pre-sketchy Andy needed to be released to the world. With an amazing array of random ridiculous out takes... The lost tapes is the best stuff and also the least embarrassing footage we thought we could release. Needless to say, this video is a must watch if you know Sketchy Andy. If you don't, this video is still funny, but maybe not as funny haha. Young Sketchy Andy Unicycles, Embarrasses Self | Sketchy Andy's Slacklife, Ep. 12

12 episodes Latest 30th Dec 2013
10 followers
Epic TV was fortunate enough to find Andy Lewis, sometimes referred to as Sketchy Andy. Andy is a slackliner, Base jumper, rock climber, entertainer, musician, and all around crazy fun afro'd athlete. He collects footage, edits, records his own music, and lets you guys see the best of the best of his life. Which he refers to as 'the slacklife.' What is the slacklife? Who knows, he says its part slack, but mostly life. Regardless of what it actually means, his videos are hilariously awesome, and sometimes ridiculously frightening. Enjoy them.

All episodes from Sketchy Andy's Slacklife