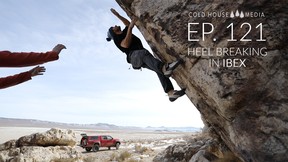 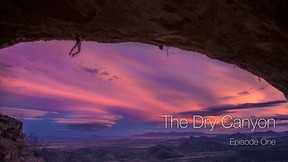 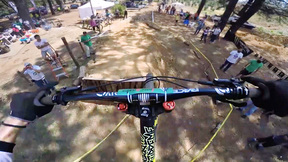 Remy Metailler And His Mexican Mountain Bike Vaca | The Riding Life, Ep.5
4 min
Every winter some of the gnarliest big wave surfing in the world goes down around the reefs and slabs of Ireland - here's a mash-up of some of last winter's finest sessions with a bit of playful surf thrown in. Pro stills photog Ian Mitchinson only films as a hobby and won't be getting into the business any time soon but when the Shore Shots film festival put out a call for films he threw together a few clips that he had sitting around from Rileys, The Bodyboard World Tour, and macking Mullaghmore. We're glad he did. With surfers and bodyboarders like Tom Lowe, Tom Gillespie, Ollie O’flaherty, Peter Conroy and Seamus McGoldrick dropping into some last winter's heaviest slabs of ocean, this vid is guaranteed to give you a cold sweat. Four sessions, great wave riders and insane waves. Learning The Craic | Shore Shots Irish Surf Film Festival

4 episodes Latest 17th Apr 2015
4 followers
The Shore Shots Irish Surf Film Festival is an annual event bringing together the best surf films and filmmakers from Ireland and beyond. From freezing cold North Atlantic slabs to Patagonian point breaks and everywhere in between, this year's films offered a huge range waves and an incredible roster of surfers. We've picked the best home grown material in the festival to show on EpicTV so grab your neoprene and a cup of very hot tea because we've got some of the best cold water surfing on the planet coming to you straight from the Emerald isle.