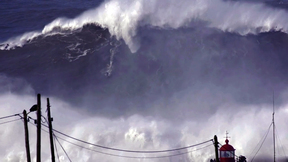 Andrew Cotton On The Nazaré Wave That Changed His Life | Behind the Lines, Ep. 6
10 min 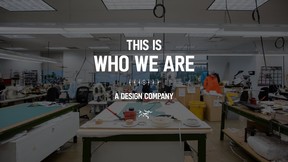 Arc'teryx Presents - Who We Are: A Design Company
If you want to go big - like really big - it helps to have your friends there with you. At the end of April the KBR crew made their second trip to Finnish Lapland to a ski resort called Levi. While waiting for the good weather KBR rider Antti Jussila and photographer Ville Lahtinen decided to have a backflip challenge to pass the time, with both guys nailing themselves multiple times before wrestling over who was the victor. When the sun finally showed up KBR riders Janne Lipsanen, Elias Veijola, Antti Jussila and Jani Sorasalmi where ready to send it deep, especially since Peetu Piiroinen and Eero Ettala were in the neighborhood and showed the guys the definition of "airtime". Huge Airs At The Levi Hip Session | Making Of King Cobra, Ep. 5

5 episodes Latest 26th Mar 2015
3 followers
The making of King Cobra is a documentary series following the Finnish snowboarding crew KBR during the filming their 10th snowboarding movie. It's a crazy journey from Finnish Lapland to the Swiss Alps in search of snow during northern Europe's worst snowboarding conditions in years.

All episodes from Making Of King Cobra