Sidetracked
Ze Trail
Behind the Lines

Was It A Dab? #DabGate Reaches New Levels Of Hysteria | Climbing Daily Ep.1094

Was It A Dab? #DabGate Reaches New Levels Of Hysteria | Climbing Daily Ep.1094

1 voter thinks this video is Sweet!

v12orbetter
Jan 27th 2018
EDIT: My daughter and I were watching the video (she is around the same age as Oriane)over and over again to verify what we had seen and my daughter noticed that the spotter flinches right when Oriane's leg comes into contact with something. This could be the spotter flinching at the sound of Oriane's foot hitting the rock, or being panicked by the thought of her falling and just flinching because he thinks he has to spot her, OR she hit her spotter. This could be even worse than hitting the rock for two reasons. 1) The spotter is, by necessity, closer to Oriane than the rock and therefore would have affected her swing earlier than the rock. That would mean that her body would have remained closer to the rock, rather than swinging out further. As we all know, staying close to the rock can drastically affect one's ability to hold certain holds. Imagine the affect on holds that are THAT BAD! Also, her spotter is the one who negated her ascent, which really, really sucks if she would have succeeded without the aid. However, the argument is still the same. We all know that touching a spotter is verboten. You don't get to "just be honest with yourself" in this case. It is ground-breaking and she definitely received aid.
27th Jan 2018

v12orbetter
Jan 27th 2018
Hey guys! Not normally one to comment, but I have been climbing for 30+ years and bouldering since before it was a thing and I felt obliged to throw in my two cents. ESPECIALLY regarding Oriane's "ascent." . Dabbing has always been a problem. The main things to think about are 1) is this a personal triumph or a world-record ascent. Fred Nicole once brushed his spotter's shirt on an ascent and stated that he never felt it and it wasn't ground-breaking so there wasn't much to debate. "You just have to be honest with yourself." (I am paraphrasing) I completely agree with Fred. 2) Is it possible AND ethical to avoid dabbing? In the video of the young gentelman it appears to be nearly impossible to avoid that tree (maybe you can, but I am not sure). More importantly it is a tree that you can't cut down, right? That being said, I would have to say that the ascent in question is indeed a dab. However, the ascent isn't groundbreaking and if the climber honestly feels that he wasn't helped by the tree then it is up to him to decide whether it is a valid ascent. The more important problem here is Oriane's "ascent" of Golden Shadow (8B+). There is ABSOLUTELY no way that this is a legitimate ascent! !! First, it is clearly ground-breaking and must be held to the highest standard possible. Second, Oriane clearly strikes the right-hand rock with her trailing leg in the video (at 2:50) AND one of the main difficulties of this climb is AVOIDING that rock (I believe the guidebook even states explicitly that the right-hand rock is 100% off limits (don't quote me on that though)). Fabian Buhl does the same variation as Oriane but, as anyone can see from his video, he is very, very careful to avoid the right-hand rock precisely because that adds to the difficulty. Third, as Oriane strikes the rock with her trailing leg you can clearly see that her left index finger peels off the left hand hold AND her right hand shifts a tiny bit. If she didn't strike the rock with her leg she may not have been able to stop her remaining left fingers from slipping! Or her body may have dropped and her right hand may have slipped/ripped. Also, it should be noted that a man who looks to weigh about 145-155 lbs. brushing a tree would probably only receive about one pound of "AID" (i.e. approx. 0.5% of his body weight) and I believe that would be the maximum he could receive because of the structure of the tree and where he struck it (I could be off, but not by much I would bet). On the other hand, Oriane struck the rock and could have received much, much more "AID." In actual fact it doesn't look like she did, but she COULD have. It looks like she received only a small amount of aid, but that would still amount to a few pounds in my opinion. Given that Oriane weighs very little (probably 6 lbs, just kidding, closer to 75-80??), if she received say 4 lbs of "AID" that amounts to a whopping 5% of her body weight!! Of course I admit that I am just guessing at the above noted weights and amounts of aid, but the argument itself is absolutely without fault. Just ask any World Cup Judge, or even your local comp. judge for that matter!! I bet all of them would discount this ascent based on video evidence. Remember, this is a super slippery slope. If this "ascent" is allowed to stand then we can all just say "well it didn't really help me" when making ground breaking ascents (not that we could, or would, but you get my point). Ask Ondra. Ask Fred. Ask Dai. Ask Daniel. I have personally climbed with two of these guys when they negated their own ascents because they brushed their spotter's jacket in one case and arm in another. I have also discounted several ascents and re-climbed the boulders simply because I thought that I MAY have dabbed (ie. I heard something and wasn't sure if it was me or my spotter, or I felt something like a tree branch, the corner of a pad, etc.). I hate to be a stickler, but come on people! This isn't a V3 that you did with buddies after a couple beers on the weekend that is well below your limit. This is a ground-breaking ascent at the absolute limit of what Oriane, or anyone else that age, can climb right now. I am positive that she will climb something this difficult in the near future, but this is NOT the first ascent of this grade by the youngest climber ever.
27th Jan 2018

Sidetracked
Ze Trail
Behind the Lines 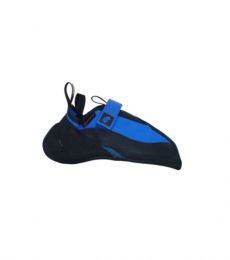 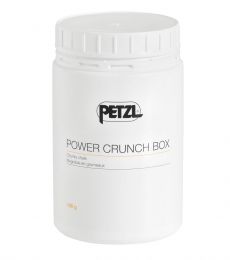 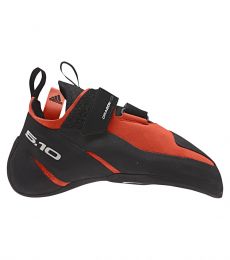 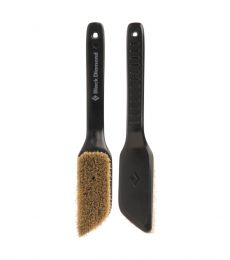