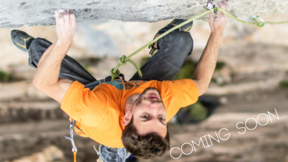 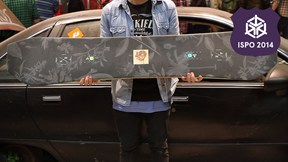 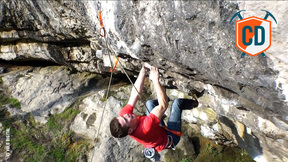 A New Era Of Climbing Film For A New Generation Of Climbers | Climbing Daily Ep. 715
5 min

Author
Hugo Pilcher
Series
Climbing Daily
Date
Comments
4
From Filmmaker Stephan Vogt and SVilms, Climbing Daily is proud to present the premiere of 'Fading Paradise', a documentary which tells the story of the once legendary climbing area in Thailand. Due to the constraints of modern day tourism, this idyllic sport climbing paradise is on the verge of losing access to the routes and the rock which has propelled it to the folklore of the Thai climbing scene. Check out the story here. Fading Paradise - A Tonsai Climbing Documentary | EpicTV Climbing Daily, Ep. 535

4 voters think this video is Nuts

qhenkart
Jul 15th 2015
This video is really terrible. It merely perpetuates the fear mongering and hearsay regarding this entire issue and actually really hurts the local businesses. The people and the location that the narrator is claiming to want to help are the very same people/location that will be ruined by these sort of videos. By spreading these half-truths and rumors. Really maybe the boatmen weren't the best people to interview for validation of his concerns. Perhaps he should have spoken with Tonsai Group, or even the on-site contractor who stays in Jungle-Hut for some verification before creating a video with such reach. So here is some fact corrections: 1) Tonsai climbing will never disappear, the climbing areas are part of the national park and therefore protected, these areas are not owned by the MBK group, nor are the roads leading there. Climbing is still being developed and the Thaitanium Project is still as active as ever annually re-bolting and building out new routes. 2) All of the locals who have local businesses there are STILL THERE, and are getting hurt by videos like this which decrease their ability to sustain their business. All of the properties that were on the beach were paid significantly to vacate (even though they were there illegally), enough so that they all built bars and restaurants just up the beach that are significantly more beautiful, more grand, and more awesome, recreating the beach vibe in the jungle. They are quite happy with their arrangement, now that they are there legally with actual contracts, they are more comfortable investing in their property 3) despite rumors, Sheraton has nothing to do with this construction, MBK group is a Thai owned group. There are no plans to build a 5-star resort. The idea of a 5 star resort that is 1 square km is pretty ridiculous unless it was a club med. They are planning on cleaning the area (which they are doing) and developing a 1-STAR bungalow in one of the many plots of land. (for comparison sake, Dream Valley and Tonsai Bay Resort are considered 2-Star). The other lots will likely be rented out. 4) All the rubbish that is seen everywhere, making the environment look torn apart, is actually the affect of cleaning the dense jungle which has been used as a LANDFILL for a decade. They are cleaning the jungle, cleaning the trash, and building proper sanitation infrastructure. The end result: you can swim in the beach water and not feel a layer of slime on your skin and a lot less sickness 5) While the wall totally sucks, the property owners were actually doing us a favor. They technically own the road up top as well, building on that road would have forced everyone to rebuild just a few meters higher up the beachfront to build a road which would have cost them a fortune. The wall separates whatever hotels/businesses move in with the vibrant, chill, stoner friendly climbing community that is still as healthy as ever. The MBK group has allowed Tonsai Group to build vegetation around the wall, so that it will eventually be covered to mimic the wall of vegetation that used to line the road. I offer this article in opposition to the statements provided by the video. http://www.verticallifemag.com.au/.../05/news-tonsai-update/
15th Jul 2015

derekcheng.nz
Jul 10th 2015
Agree with rjeden. This is a beautiful place and a beautifully shot movie, but it is pure speculation that a 5-star resort is going in, and most local business owners think it is very unlikely, given the high costs of boating equipment over to Tonsai. All this explained in this story I wrote about Tonsai a few months ago: http://www.verticallifemag.com.au/2015/05/news-tonsai-update/
10th Jul 2015

Rjeden
Jul 9th 2015
Where to start? I first went to Tonsai in 2000 and is was full of rubbish even then. This created by a high tourist demand and lack of knowledge from the locals who used to throw the rubbish into the area which is now being developed by the resort. The rubbish in the video is the rubbish dumped by the locals who were squating on the resorts land which was purchased 10 years ago. The road that the other resorts on the back road use to get down to the beach is actually owned by the resort but they have left it untouched for the local resorts to have access. Thus, the resort is at present clearing the rubbish left by others. Once the resort is finished it might mean that Tonsai might become cleaner due to the higher class of tourist. I don't agree with the big resort but as a regular to Tonsai and for the last 15 years seeing lots of rubbish left lying around I'll be happy to see an improvement. Hence, I feel the video is a little one sided.
9th Jul 2015

A New Era Of Climbing Film For A New Generation Of Climbers | Climbing Daily Ep. 715
5 min 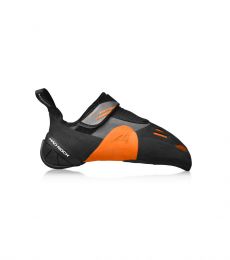 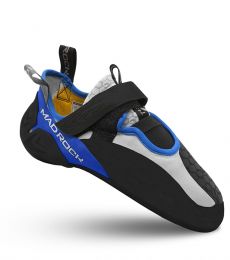 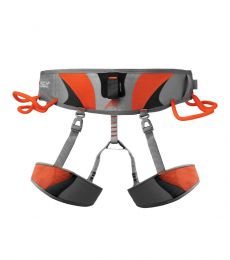