At first, I hated the Quantum VCS. The fit was simply wrong, it was too wide at the front; I felt like I haul at the straps to make them fit snugly. They felt clumpy and over built. They just weren't for me. But then something weird happened…they became my number one shoe.

So, let’s go through the basics. 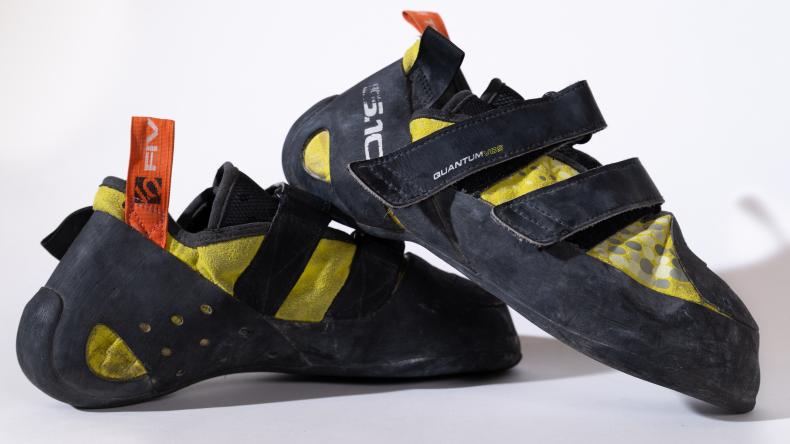 My street shoe size is a UK9 and these are an 8.5; so about half a size down for me. This allows for a tight fit without crimping up my toes too much. There are two Velcro straps to hold everything in place which feel nice and solid. I’ve found on some shoes, like the La Sportiva Miura VS, that I would always break the strap at some point…they would just wear through at the buckle. Luckily flimsy straps aren’t a problem on the Quantum.

When I first tried the shoe on I hated it.

The shoe features Stealth C4 rubber, which is still my favourite rubber for stickiness and stiffness when needed.  The heel cup feels nice and solid and has a great fit, unlike the old Five Ten Anasazi VCS. There is the new inclusion of a large rubber toe patch on the front of the shoe. An upgrade from the older Quantum lace up model which allows for better toe hooking performance.

It's all about Stealth C4 Rubber... 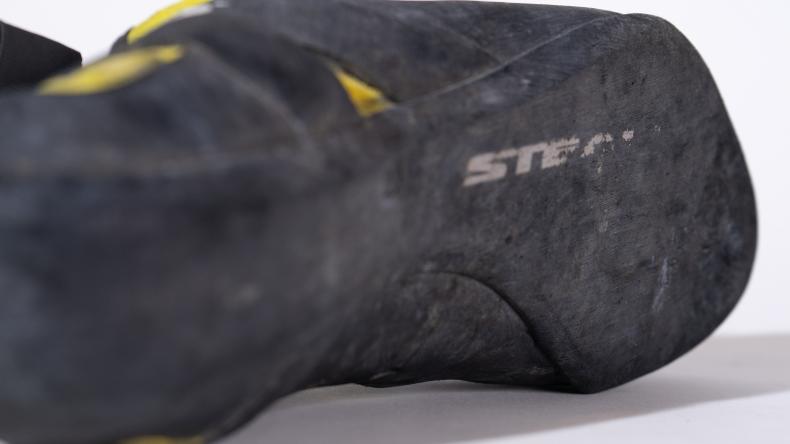 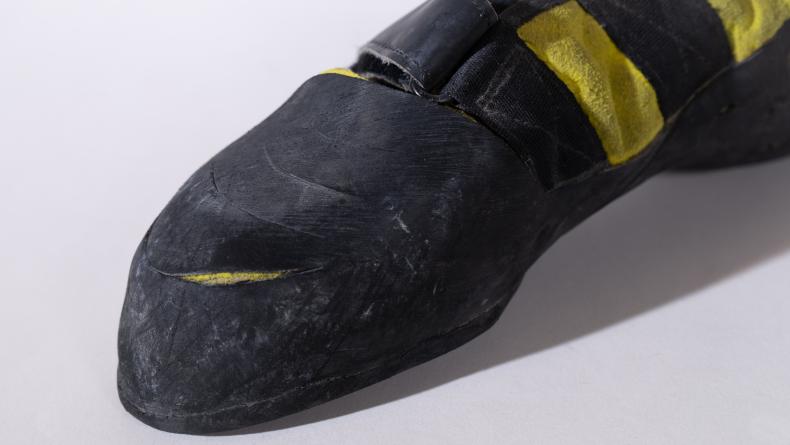 The Quantum VCS have a slightly downturned shape that actually feels fairly neutral when on your feet. I find extremely downturned shoes to be quite painful and prefer a slightly flatter shape, especially for longer routes. Just by the profile of the shoe, you know it’s going to excel on steep or overhanging terrain, so think boulder problems or hard sport climbing routes.

The shoe is very stiff, similar in feel to the Five Ten Blanco, but not as unforgiving, they retain a bit of flex. The rubber is in one solid plate from toe to heel, and the midsole allows you to put down loads of power. It has a synthetic upper, so won’t stretch and become baggy over time.

That's the shoe covered, but it's the fit that messed with my mind.

When I first tried the shoe on I hated it. It is designed to be slightly wider at the front and then narrows towards the heel. So it suits someone with wide toes and a narrow heel. I have fairly narrow, flat feet and it just didn't feel right. I'm used to be crammed into a shoe with the whole thing wrapped around my foot. It just felt very roomy when I wore it. The tongue of the shoe is very comfortable and padded but I felt like this was too bulky. I had to tug the straps really tight to make up for the feeling of looseness at the front of the shoe.

The tongue is quite thick, but very comfortable. 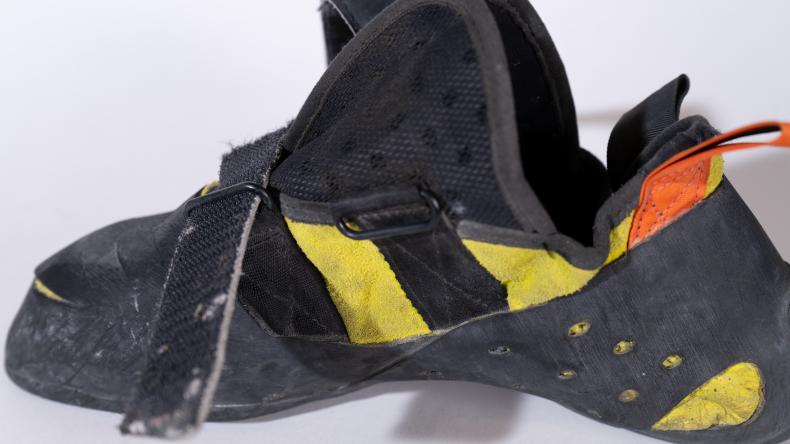 I persevered though, impressed with how comfy the shoe felt, even though it still felt loose. I took it on bouldering sessions, sport climbing crags, and long multi pitches. I took it everywhere. That’s the crazy thing, it became the shoe I packed. I skipped over other models. The Quantum VCS went in my bag.

I got used to the feeling of it and came to the guilty conclusion that perhaps it was the correct fit. Maybe I had been wearing my shoes too tight for years and that the Quantum’s provided actual comfort and performance. It was a bit of an eye opener to be honest. Now when I put on my old shoes they feel way too tight, painful and constricting.

You can just throw it around the corner at a hook and it will lock in.

So why do I like the Quantum VCS? It’s stiff and precise without feeling clunky. You can feel the shoe’s technology working with you to help you climb. It feels solid on the smallest of limestone edges and the C4 rubber inspires confidence even on the most polished of holds.

The inclusion of the rubber patch makes it perfect for toe hooking, and due to its size, you don’t need to be too precise. Generally, you can just throw it around the corner at a hook and it will lock in. The heel fits perfectly, which is something I generally find a bit lacking on other Five Ten models of climbing shoes.

The whole shoe feels wonderfully comfortable on your feet. It provides support on longer routes, so the bottom of your foot doesn’t fatigue. The microfiber inner cushions the foot like a sock and seems to mould to the shape of your foot.

I don’t really use the shoe for roof climbing or upside-down boulders preferring something a bit softer like the Scarpa VSR.  I’m also not a fan of the Quantum on Sandstone rock. I wouldn’t bring it to Fontainebleau or climb with it on the crags in the Czech Republic.

The Quantum excels on steep climbing on rock with small footholds or on longer routes where you need extra support on comfort. It's been brilliant getting to know it. Unfortunately, it means my old shoes might never taste rock again...

marine_astartes
Feb 22nd 2019
I think it's good for tracking. I have 5-year experience of mountain expeditions.
22nd Feb 2019