La Sportiva describes the Maverink as “a customizable No-Edge™ Technology slipper designed to deliver technical performance for younger climbers while reducing constricting forces on the foot”. Whilst I sadly will never be a younger climber, having started too late, I am a big fan of the Futuras but not a big fan of burning through £140 shoes every three months.

The Maverink promised a P3 plate and no-edge technology, comporimising a bit on performance but at a drastically reduced price. I have to confess, that my primary reason for buying them was that when I tried all the shoes on that were “training-shoe priced” they were by far the most comfortable.

There was a time when I tried to fit all of my shoes for performance. I think that when you’re pushing your grade or using technical footholds a nice tight fit is reassuring, but I’m increasingly bored of training in uncomfortable shoes. 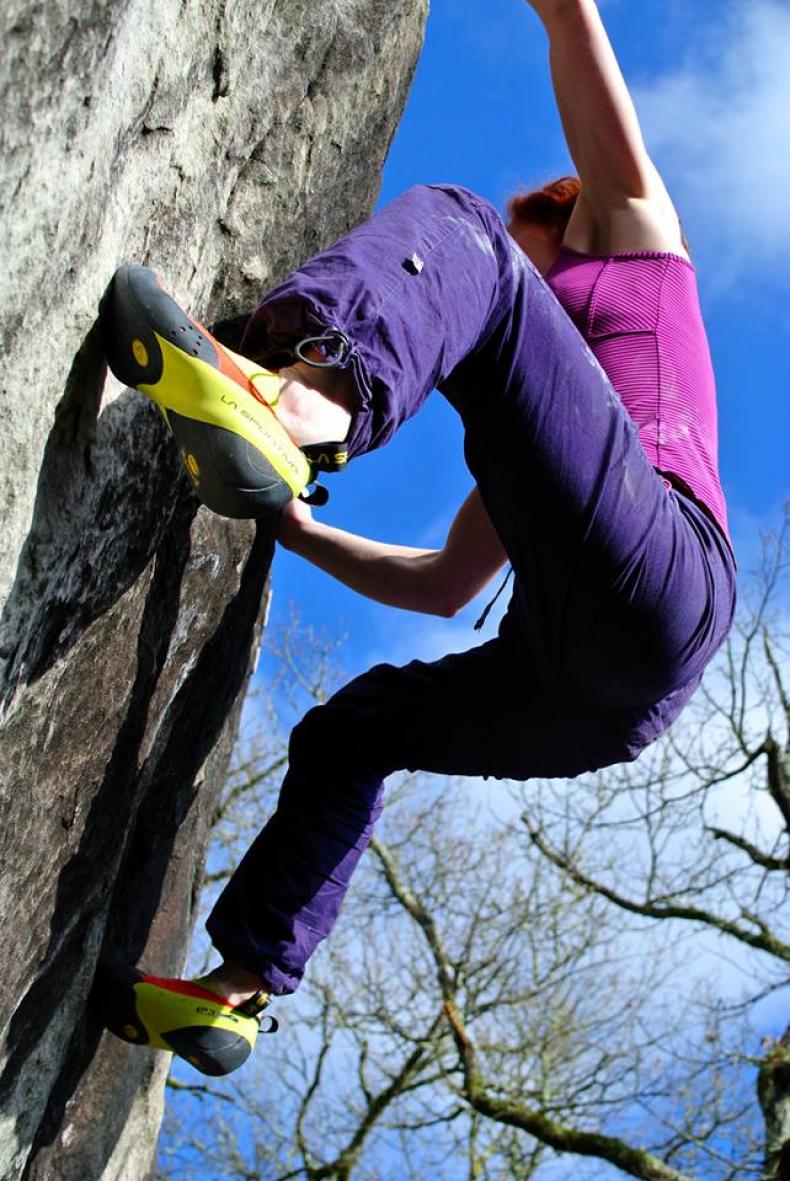 I actually sized these half a size down again from my Futuras, as they are softer than a new pair of Futuras and felt pretty comfortable. I walk around in them for 2-3 hours at a time at the climbing wall with only the occasional shoe-removal and I’ve also found myself sitting on my feet whilst wearing them, so they must be reasonably comfortable.

Although I primarily bought these for training, I took a new pair of these and a new pair of Futuras to Font, where I barely wore the Futuras. The Maverinks were so comfortable that I didn’t want to part with them and were great for standing on font-style smears.

In terms of pushing my grade, I climbed as hard as I’ve ever climbed before in Font, so I wouldn’t have any concerns about these shoes performing on Sandstone. I haven’t tried them on British Limestone but I suspect I’d like to have a shoe that flexes less.

Putting them to the test
Rachel Brook 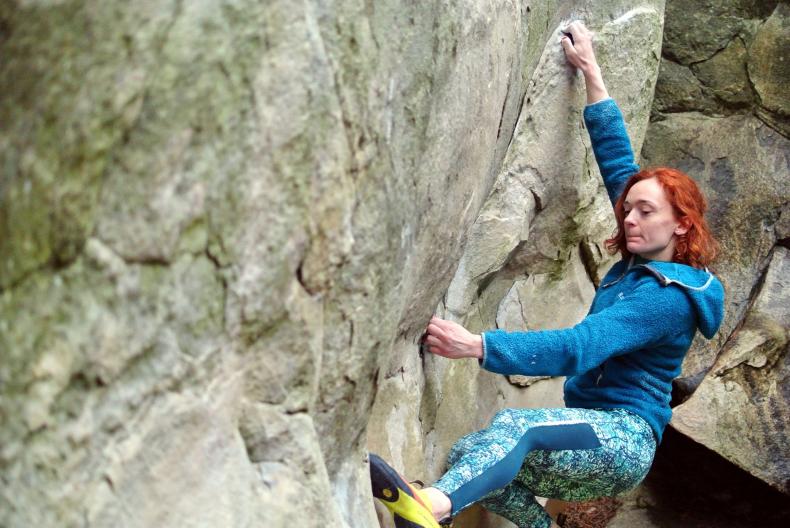 For a slipper, they have remained surprisingly downturned in the two months I’ve been wearing them. Presumably the P3 plate is designed to help this, but as they have no fastenings (other than elastic) I had assumed they’d go flat pretty quickly. They’ll stand on small edges and smears with no trouble but where edging is concerned; you have to like the no-edge concept. If you don’t, you won’t like these.

Don’t bother trying to heel-hook hard in them though. I’m no good at heel hooking anyway, but the Maverink does have a tendency to try and escape when you hook it. The heel is a snug fit for me, but that only gets you so far without laces or Velcro!

Although these are a great training shoe for indoor bouldering, board climbing or routes, I got a lot more from them in an outdoor bouldering scenario than originally expected.

You can’t heel hook in them if it’s a critical heel hook, but there are plenty of problems that don’t have heel hooks. They’re so comfortable that you can wear them at the crag for several hours at a time (useful if you’re in lazy boulderer mode), and they work well on friction-y types of rock.

Overall, I’d totally recommend them for training indoors. They’ve saved me from wrecking my more expensive shoes but I can’t imagine I’ll be using them on the Limestone any time soon! 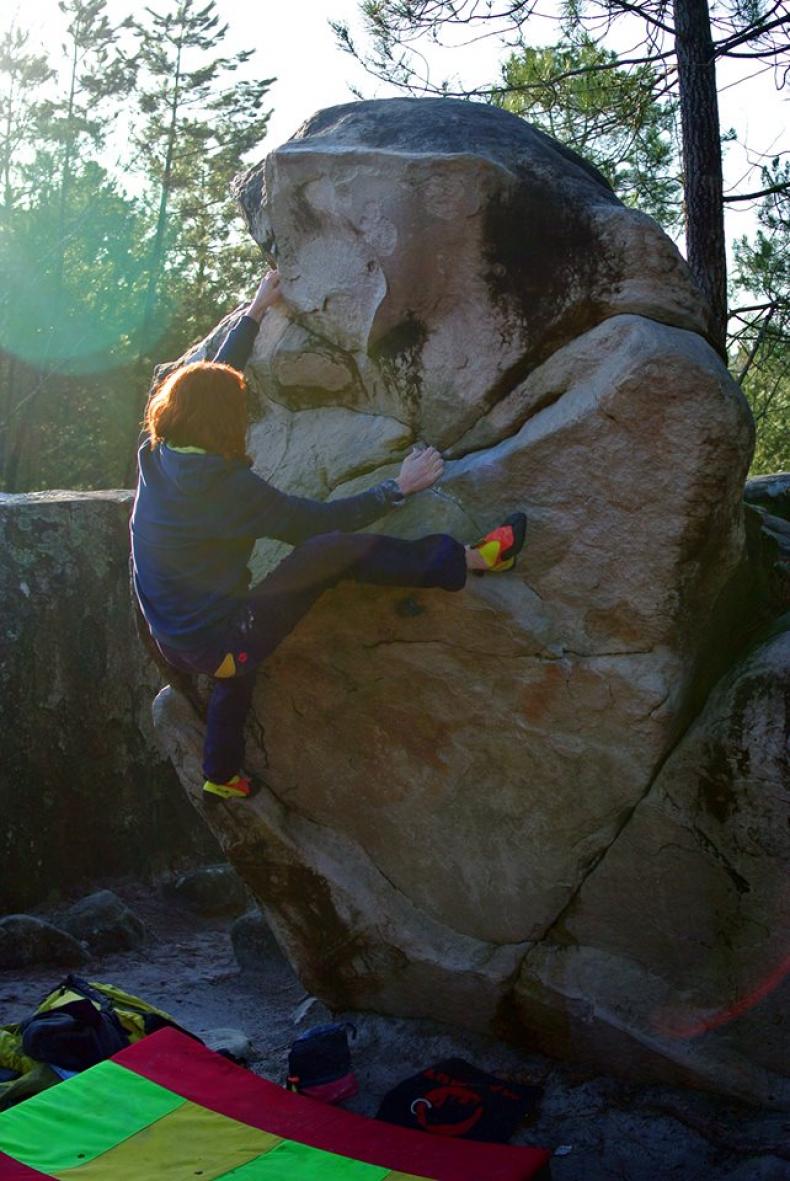 Anna Manzoni
Feb 4th 2020
Thanks for the helpful info. Any idea how they size compared to testarossa or miura vs?
4th Feb 2020