How To Build Your Own Indoor Climbing Wall

My son Tom has been climbing for about three years now. Over this time whilst meeting and chatting to other parents on the youth competition circuit, it became quite apparent that quite a few had training facilities or indeed climbing walls at home. 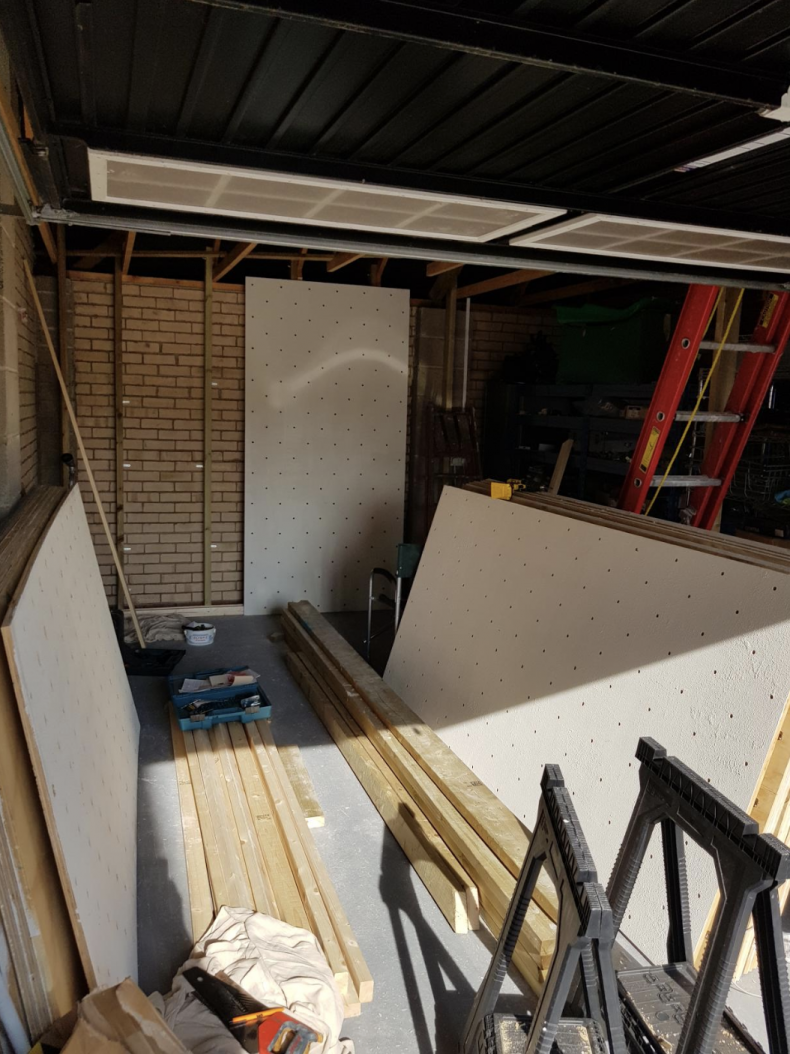 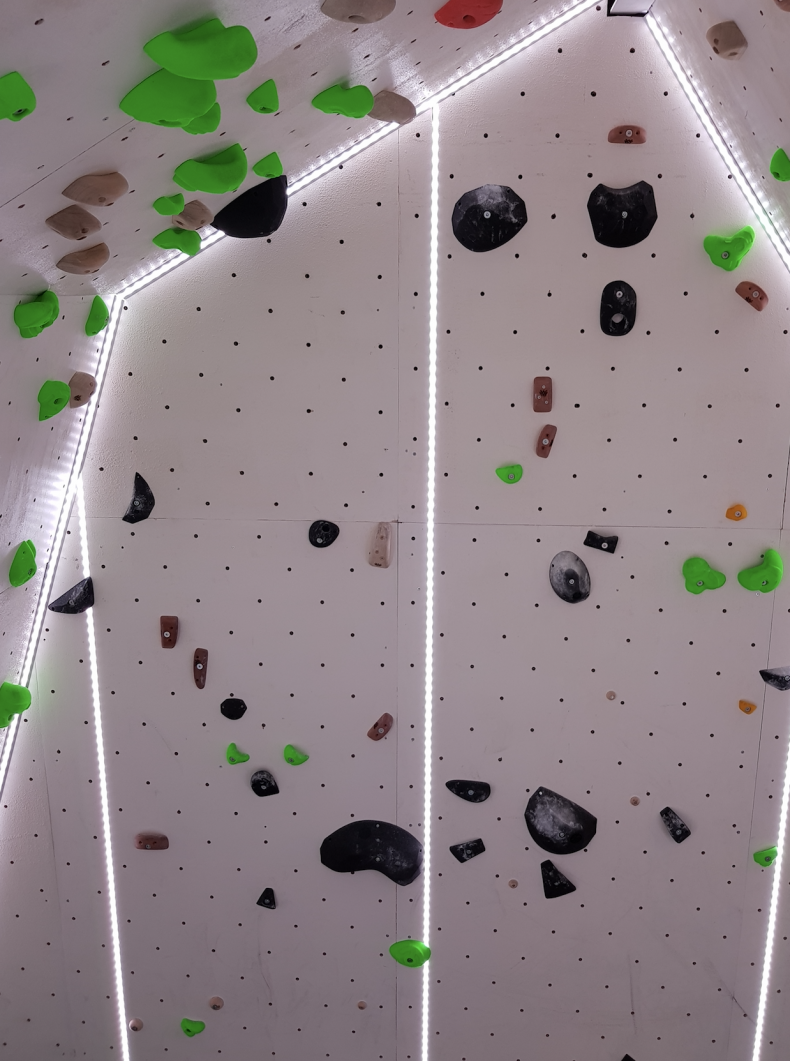 To start work on the wall adjustments needed to be made to the existing roof W-frame, this meant installing a 6m metal beam. This beam was extremely heavy work but calling a favour from one of my friends we managed to do this with just two of us within an hour.(Cheers Russell!)

Once the beam was in, work started on the den which required removing the W frame. Removal of the frame was carried out section by section, the metal beam supporting the roof by bracing the rafters on either side together. Side supports which would also form the walls were installed. This was achieved by reusing the removed timber and 12mm nuts and bolts. The size of the room worked out to be approximately 3x3m.

Using the existing wooden beams chipboard flooring panels were installed and screwed down. A wooden goal post support was installed underneath the beams to give the floor of the den a little extra support. Plasterboard sheets were installed for the walls and the ceiling. Creating the entrance proved a little tricky as I wasn’t sure where to put it to least interfere with the actual climbing areas. Luckily I managed to enlist the help of my brother (cheers Martin!) who plastered the Den for me and did a fantastic job.

This left just the sealing and painting of the den and installation of some type of flooring. Luckily I managed to salvage some thin carpet from an exhibition I had been working at. However, due to its thinness, the carpet needed an underlay for which a foam material was used and had the desired effect of softening the floor.

Creating the den area took the best part of 6-8 weeks which was a lot longer than I imagined. Now the den was finished I could start on the wall in earnest. 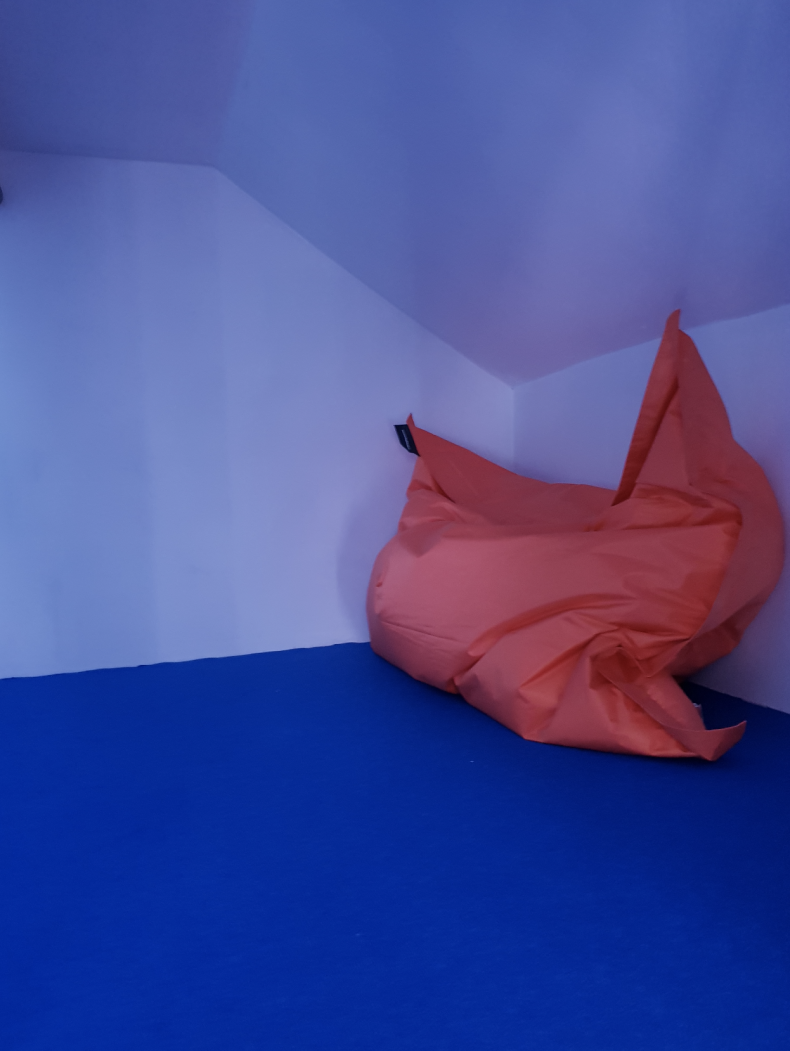 Having calculated the area that would be used for climbing, some 20 sheets of 18mm plywood would be needed. Each panel would require painting with a special textured paint and undercoat. Each panel required 132 drilled holes, 132 T-nuts and 2 very small screws for each T-nut.

In total some 2640 holes with 2640 T-nuts and 5280 screws. This aspect of work was extremely time consuming. I managed to enlist the help of one of my friends to assist with this tedious task (Massive thanks to Dave!). I can approximate that each panel took 4 hours, so some two weeks of manufacturing panels over the duration of the remainder of the project. The textured paint was quite difficult to apply evenly, and the best method found by trial and error was to lay the panels on the floor and use a roller on the end of a broomstick.

Whilst doing all this, my plan for the wall was to just simply following the lines of the walls and the rafters, but this was scuppered one Saturday whilst Tom was having a lesson with a very knowledgeable climber who assured me this wasn’t the best solution. The best solution would be to create a 35 degree and 15 degree wall one for strength and one for stamina training.

Luckily I had not started the main part of the frame so the changes were easily accommodated. Using 6 by 2 wooden joists I started on the angled part of the frame, this size was used to ensure no flexing on the wall would happen when climbing. Fixing the joists to the floor was initially a problem as I found my drill not able to penetrate the concrete flooring. An SDS High Impact drill was purchased and to my relief cut through the concrete like butter! The joists were fixed to the floor using right angled heavy duty metal brackets. 10mm metal rawl through bolts were fixed into the floor and 10mm locking nuts fixing the bracket to the floor, the brackets were fixed to the joists using 10mm bolts and locking nuts along with 2 washers. On the side walls 4 by 2 wooden joists were installed as the walls here would be vertical. 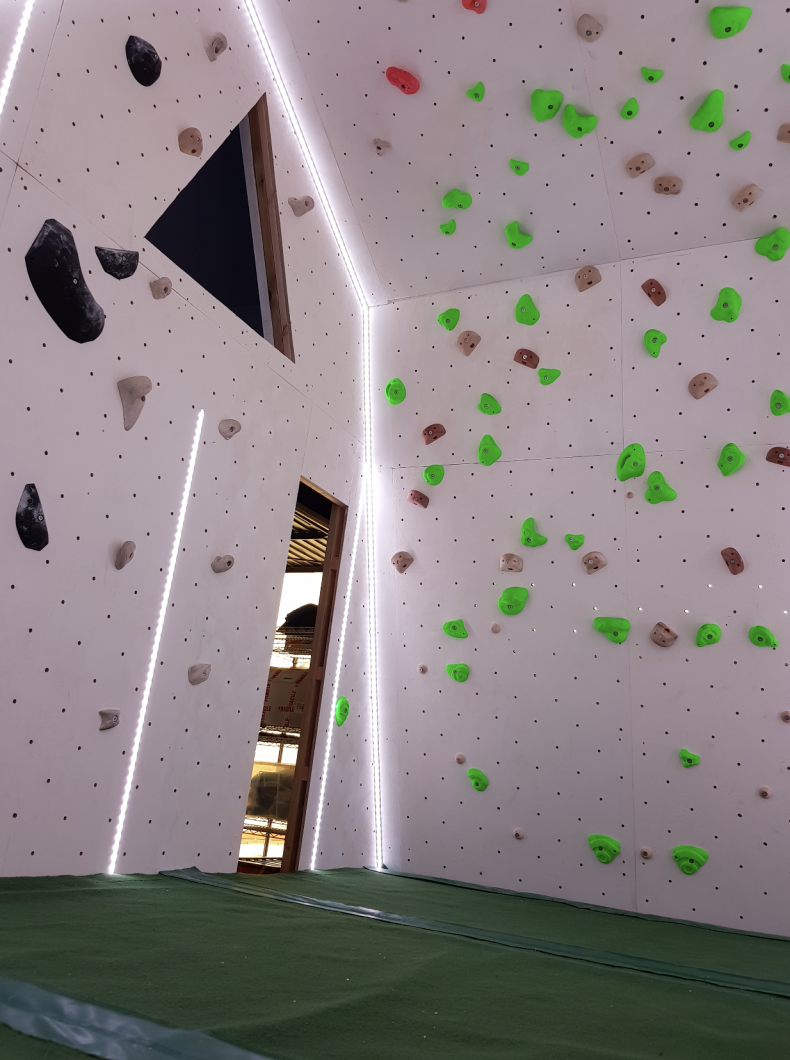 When the main joists were installed 3 by 2 wooden batons were fixed horizontally at regular intervals using No.5 80mm wood screws. Getting the batons in the right position was tricky as the holes in the drilled panels need to be unobstructed once installed, this was done panel by panel.

Once half the frame was complete I started to install the plywood panels, this gave me more space within which to work. It also boosted my enthusiasm as I got a real feel of how it was going to look as the panel went up. This spurred me on to work harder and get the project completed.

From the outset one of the main issues I could envisage was the lighting (Shadows) especially as the climbing area was to be fully enclosed, so I started looking at different types eventually settling on the idea of an LED strip light solution. With lighting coming from all directions I knew this would eliminate any shadows etc.

Each LED strip would be stuck to the aluminium trunking and a rugged plastic lid fixed securely. The plastic lid I opted for was opaque so that the led bulbs are not directly visible and hurt your eyes and the light is more evenly distributed. In excess of 30 metres of LED strip lighting was used in total. I hadn’t used a router before but learnt quickly and it was quite straight forward.

One of the fantastic bonuses of installing the LED strip lighting was the changing colours you could use which have amazing effects on the colours of the holds! 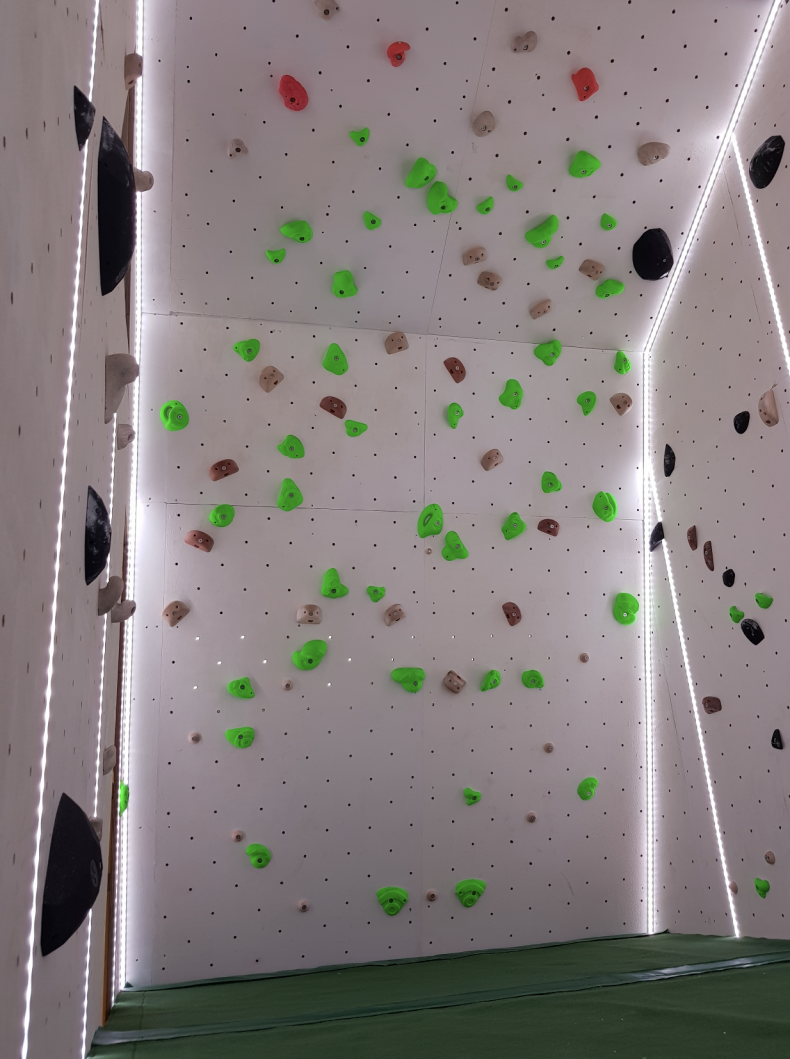 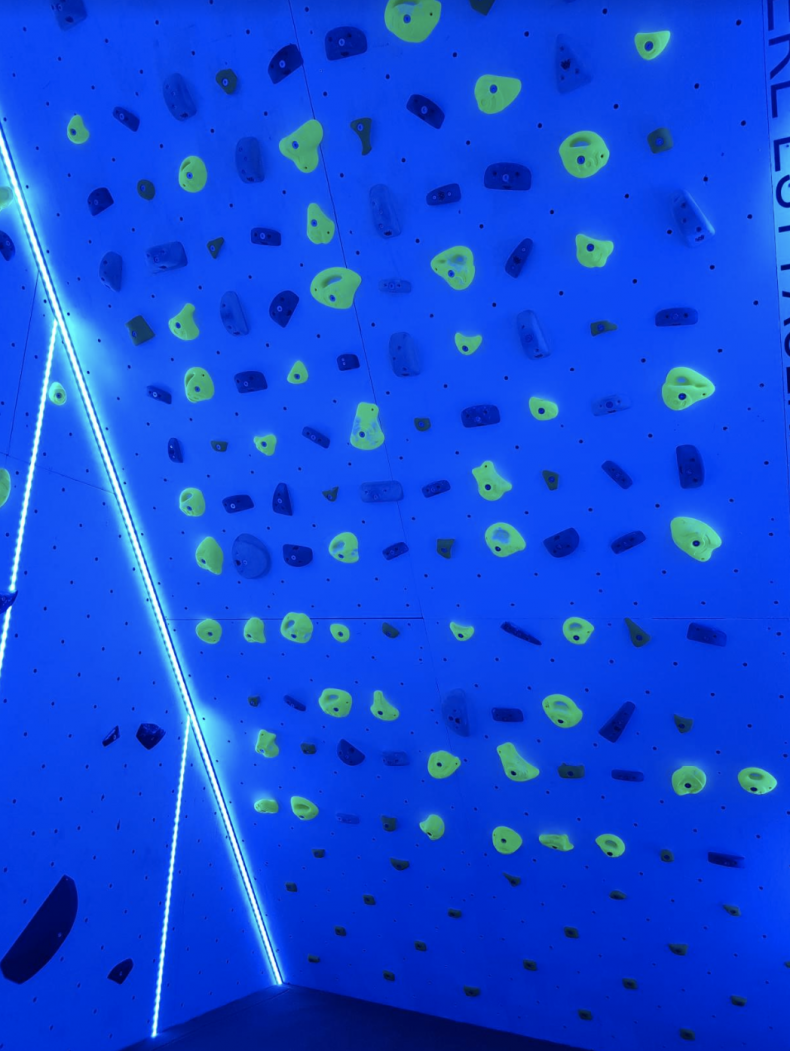 With all projects I am very health and safety critical, so yes I took the decision to install proper crash matting which is quite expensive. Investigating the different configurations of matting was quite interest and I found that the one used in most bouldering centres has a 200mm softer bottom with a 100mm harder top layer.

Getting the right dimensions for the matting before the wall was in was a bit tricky as you had to take into account the angles of the walls. This was one item I couldn’t afford to get wrong, measuring and triple checking ensured the matting fitted perfectly.

It was finally time to put up the climbing holds……. yes they can be expensive, but I’m not so keen on second hand holds as they have chips, I don’t want anyone hurting their hands. So with the purchase of IXL (Hard wood holds), Core climbing, Moon and some Kitka holds it was more than enough and gave the right dynamic for this climbing gym. These holds needed to be installed with a level of expertise so I arranged for one of our local setters carry out this task (thanks James!).

Throughout the project I made it my mission to not stop, and do something every day, no matter how small. This really helped to keep the project moving and in the end it took some 12 weeks. I was extremely lucky with the weather as it never rained once. Many of my friends and other parents have commented that I should do it as a living. No! This was a one off and I’m no builder but I love a challenge now and again.

Tom loves setting his own climbs on the side walls, it’s great to watch him thinking whilst he’s doing it. Now both of my kids really enjoy using the wall and have loads of fun when their friends come and visit.

I’m no climber but I have started using it myself!

Hope you enjoy the video!! 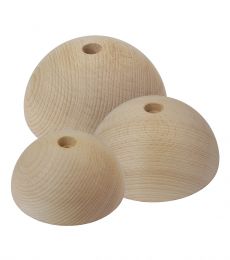 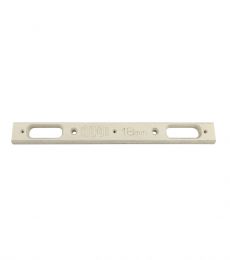 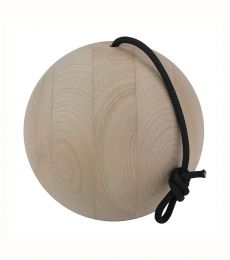